MediaTek’s Dimensity 9000 chipset was announced back in November yet it still hasn’t arrived on any phone on the market. That’s about to change on February 24 with the launch of the Oppo Find X5 Pro Dimensity Edition which is now confirmed to sport the Dimensity 9000 chip. Oppo will also have a Snapdragon 8 Gen 1 model which means this would be the first time we’re seeing the same phone available with two high-end chips from the rival makers. 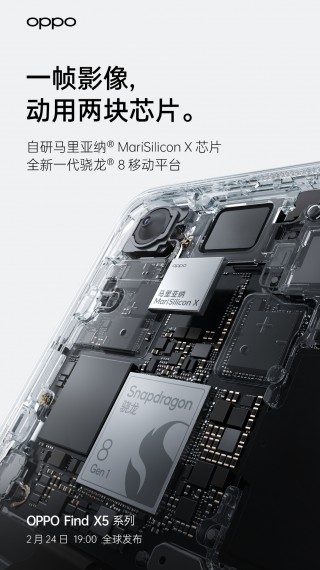 Oppo Find X5 Pro Dimensity Edition will launch in China first and is expected to expand to more markets later on. Dimensity 9000 features a Cortex-X2 performance core clocked at up to 3.05Ghz, three Cortex-A710 cores clocked at up to 2.85Ghz and four efficiency Cortex A510 clusters clocked at 1.8GHz. The GPU side is covered by ARM’s Mali-G710 and the chip also supports the latest Bluetooth 5.3 protocol.

In related news, Oppo teased the design of its upcoming Enco X2 wireless earbuds and new Oppo Watch 2 Glacier Lake Blue color which are also set to debut alongside the Find X5 series. The buds will feature an in-ear style and were developed in collaboration with Dynaudio. 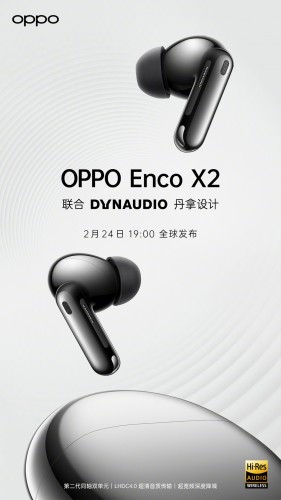 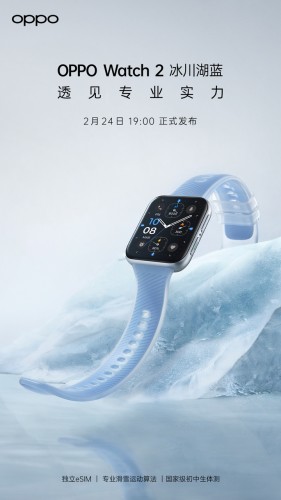 They will bring support for Hi-Res wireless audio and the LHDC audio codec. The new Glacier Blue Oppo Watch 2 will feature a blue watch band with translucent elements.

Cellphone inventor tells user to “get a life!”