FiR Audio kindly supplied the Xe6 (Xenon 6) for this article. FiR is not related to Headfonia in any way.

For those that have never heard of the brand FiR Audio, here’s a little introduction. This custom and universal IEM company has a lot of background packed into their short brand-history. Started by Bogdan Belonozhko, former CEO of 64 Audio, FiR has quickly risen to one of the most innovative and sought after brands in the scene.

FiR Audio is the only company – to my knowledge – that produces tube-less custom In Ear Monitors. 64 Audio has been working with tube-less universals, but have never released one of their models as a custom shaped build.

That, however, is not the only thing that makes FiR Audio unique in the field. They also just introduced a new version of bone conduction – called Kinetic Bass. It’s actually a rather simple thought that turned out very well. They just point a dynamic driver right at the concha of your ear, rather than having it fire into it. Thus making you perceive bass vibrations basically coming from the outside. Similar to a speaker performance, but limited to your ears, rather than your whole body.

FiR Audio’s lineup of products spans from In Ear Monitors (custom and universal) to maintenance gear and other accessories. I have one of their IEM cleaners and think it’s an excellent investment to take care of your monitors.

Today we are taking a closer look at FiR Audio’s latest and greatest – the Xenon 6 a.k.a. Xe6, which retails for an eye watering price of 3,899 USD.

The FiR Audio Xenon 6 is a tube-less, hybrid In Ear Monitor, that uses a dynamic and a Balanced Armature driver for lows. Yes, both of them. A pair of BA’s takes care of the mids, while another BA replicates treble and a set of electrostatic drivers is used for ultra highs.

What’s interesting about these BA’s and the electrostatic driver is that they are open drivers. Meaning they don’t have a spout out of which the sound comes out of, but have their “doors” open. Those drivers radiate directly into a specially constructed chamber (which FiR calls their Sound Reactor). The mids and dynamic drivers are directly connected to the Sound Reactor, while the treble driver radiates onto a Sound Reflector. Which basically is a surface designed to reflect the sound straight into your ear canals. If you have ever seen 64 Audio’s implementation of the tia drivers, you might have spotted, that it’s directly firing into the walls of the nozzle. FiR directs the sound waves at an angle into your canals.

Now on to some technical details about the Xe6.

Its frequency range is rated from 20Hz to 20kHz. Many companies are pushing numbers beyond that, but for us regular humans without bat-like hearing 20 – 20.000Hz will do just fine. The Xe6 has an impedance of 28 Ohms, and what did surprise me a little, is that the Xe6 (or any of the new frontier series for that matter) does not come with a flat impedance curve like the M-series, previously launched by FiR.

The Xe6 comes with FiR’s Atom Venting system, which is a module that basically provides a vented port that takes away excessive pressure from your ear-drums. Thus limiting ear-fatigue by a fair margin. These modules can be swapped and FiR Audio does supply three different sets. These Atom modules also dictate how much your IEMs are going to isolate. My set came with the gray module pre-installed, which lowers ambient noises by 15dB. The gold module will give you 17dB of isolation, while the black one will go as low as 13dB. All these modules will also change the bass perception and quantity. With gold being the bassiest and black the lowest.

The Xe6 comes in a matte gold package, that shows a line-art picture of the universal model on it. In the package you will find the Xenon 6 of course, together with a cable, an iron-on badge, a leather case and a user guide. The replaceable Atom modules can be found in the leather case, together with a cleaning tool. And that’s it. The box itself is rather nice, but for close to 4,000 USD you might expect a bit more. 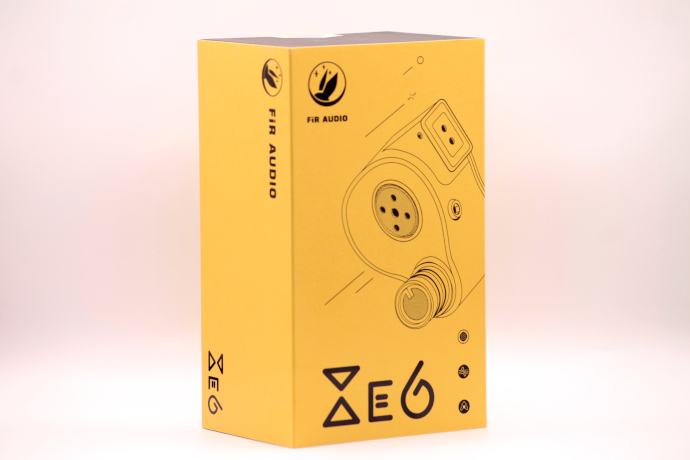 Every set of customs will be unique. That’s their nature. But it’s about the build quality and how robust each individual set will be. FiR Audio has introduced Rigid Technologies with their frontier series. Let’s quickly check out what that is.

Rigid Technologies is what FiR Audio calls their extra durable (20% thicker)shells and their newly developed 2-pin sockets. These are said to withstand higher numbers of inserts and removals from cables. Something many audiophiles love to do – swapping cables. One cool thing about their 2-pin socket is, that it can be easily replaced. Although that should still be done by FiR Audio’s technicians.

When you design your custom IEM from FiR, you have a ton of different shell and faceplate options. And the cool thing is, they come at no up-charge. 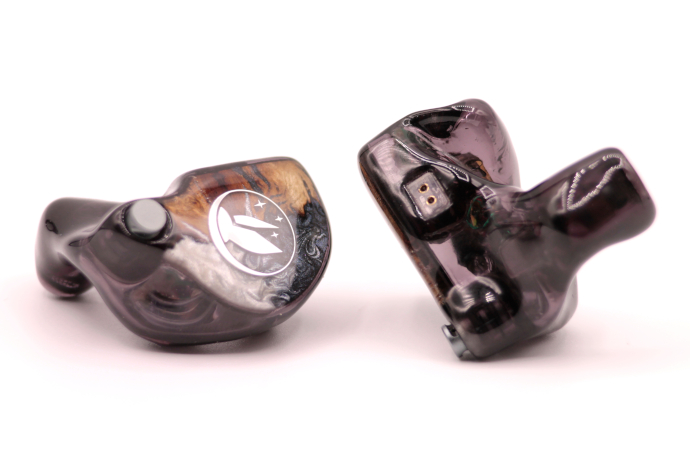 My Xe6 has translucent smoke shells combined with their Titanic faceplate. It features the FiR Audio company logo on the left, and the Xe6 product logo on the right side – both in silver. It’s a simple design, but I like it.

All in all I am very content with the build quality of my customs. They sit nicely tight in my ears and don’t cause any pressure. I have been wearing these for hours on end, and have not felt any discomfort.

On Page Two you will find out all about Sound. Click here or use the jumps below.

Thoughts On Apple WWDC 2022: All You Should Care About