Today we review the Beyerdynamic DT 700 Pro X, the latest studio headphone from the German brand, a new model selling for €249 EUR.

Disclaimer: the Beyerdynamic DT 700 Pro X was sent to us free of charge by the brand, in exchange for our honest opinion.

Founded in 1924 by Eugen Beyer, Beyerdynamic is (by far) one of the oldest headphone and microphone manufacturers.

Initially focused on the manufacture of cinema speakers, the “Elektrotechnische Fabrik Eugen Beyer” quickly switched to broadcast systems, with success. And, in 1937, Beyer unveiled its very first dynamic headphones: the DT48. A headphone unique in more than one way, not content with being the first dynamic headphone on the market, it will be produced without interruption until… 2013 !

And up to this day, Beyerdynamic is still owned by the children and grandchildren of Eugen Beyer. A daring choice that resulted in numerous successes: development of the first wireless microphone in 1962 (transistophone); launch of the DT880 in 1980, the first dynamic headphones to compete with electrostatics; followed by the DT770 and DT990 in 1985, oriented towards audiophiles rather than studios.

Nevertheless, it was not until 2009 that Beyer unveiled its first truly “audiophile” system: the T1. A revolutionary headphone, embodying a dynamic Tesla transducer, capable of delivering a magnetic field exceeding… the Tesla. A feat that will be introduced on two other models in 2010: the T50p (nomad) and the DT1350 (studio). 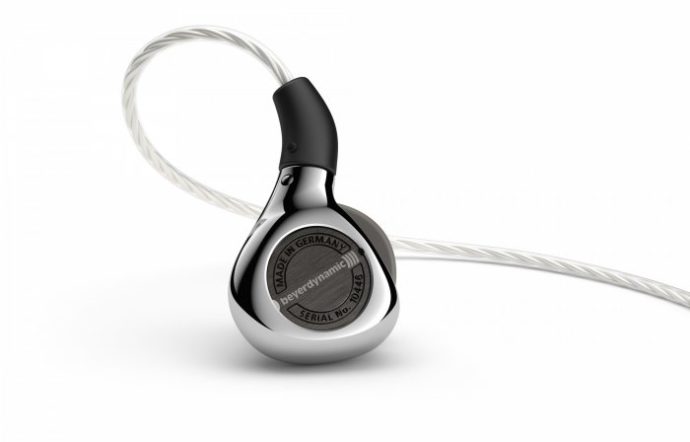 Since then, Beyerdynamic has been able to adapt its Tesla transducers to many headphones. Whether they are nomadic (Aventho), in-ear (Xelento), professional (DT1990/1770 Pro) and of course sedentary (Amiron), all produced and assembled in Germany!

And today, we have the chance to review their whole new DT 700 Pro X, a worthy heir of the DT770, one if not the most popular record headphone.

Compared to the pro series, the new Pro X doesn’t look very different. Same outlook, same earpads, same headband… the difference is in the details: new driver (STELLAR.45), removable XLR cable, better construction and most of all, better sensitivity, so you can use those headphones without the need of a high power amplifier.

Dedicated to recording and monitoring sessions, the Beyerdynamic DT 700 Pro X is an updated version of the DT770 Pro, one of the most popular headphone in the music world – and above.

Closed-back headphone, designed for noisy environments or crowded places, it was advertised as “detailed, powerful and vibrant” by the german brand.

On paper, it’s a minor difference, but as you’ll see in next week’s review, small changes can have big impacts, as the brand advertises this one as “detailed, spacious and transparent.”

At first glance, the Beyerdynamic DT 700 Pro X looks almost exactly the same as its predecessor: large ear cups, grey ear pads, and a massive headband. A design almost four decades old now, that slightly evolved with each generation. In fact, if you look closer, those small – but definitive – improvements will immediately be visible.

First and foremost, the cable is now detachable. A first one for the brand, like every other “Pro” model, was given soldered cable before, which was incomprehensible for headphones that had to endure harsh treatments most of the time. But, that won’t be an issue anymore. 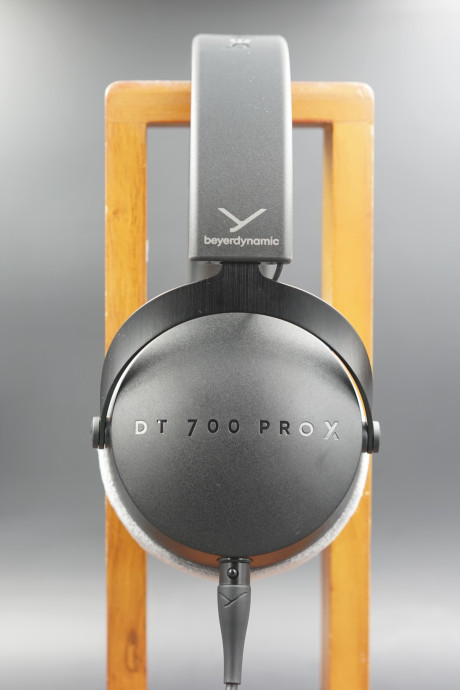 Next to that, we have the headband, slightly smaller, which left the old pleather-covered design, for a more classic one, with a small cushion located on the lower section. Beyer also removed the old plastic clips, located at the base of the headband, and rounded the steel bands that hold the ear cups.

Finally, you have to look at those cups. Not only did they lose some weight, they also got smoothened out, freed from the massive DT 770 Pro band, previously located in the middle of them. In place, the new DT 700 Pro X enjoys a minimalistic engraving of its name which, in my opinion, looks much better,

Overall, those may look like minor upgrades for a newcomer, but for connoisseurs, this is a major – awaited – revamp, for a headphone that clearly deserved one. 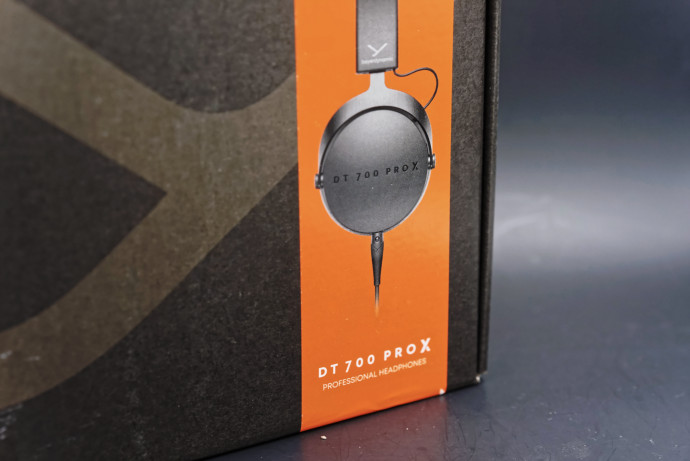 Unsurprisingly, build quality is top-notch, and if the Beyerdynamic DT 700 Pro X is one of the most affordable headset I got in my collection, they still look and feel like THE reference. They are incredibly sturdy and once out of the box, you immediately understand that they were made to take a beating.

The cups are made of rugged plastic, the headband from spring steel and now that the cable can be replaced, I’m pretty sure that you could use those headphones could be used daily, tossed at the bottom of a backpack, and stay perfectly fine after months of that treatment. 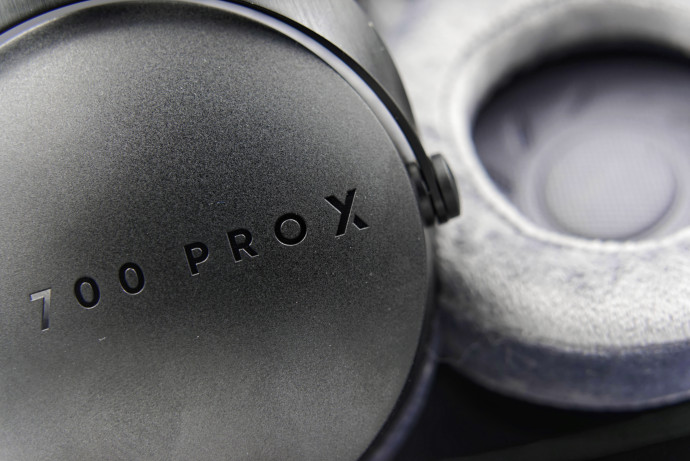 Obviously, this won’t be the case for the velour ear pads. But those can also be replaced if required!

Last but not least, let’s talk about the cable. Identical to the previous one, it now comes with a mini-XLR termination, so you can choose the right one for your recording sessions. There is no balanced option but that’s common for a “professional headset”, where balanced options are not that common for this kind of use.

All in all, it is as beautiful as it is solid. I like that!

I’ve used it for hours and compared to the previous generation, this one feels like a completely different beast. The clamping is perfect, the large earpads completely surround my ears and the headphone is so amazingly balanced that they almost disappeared on my head. 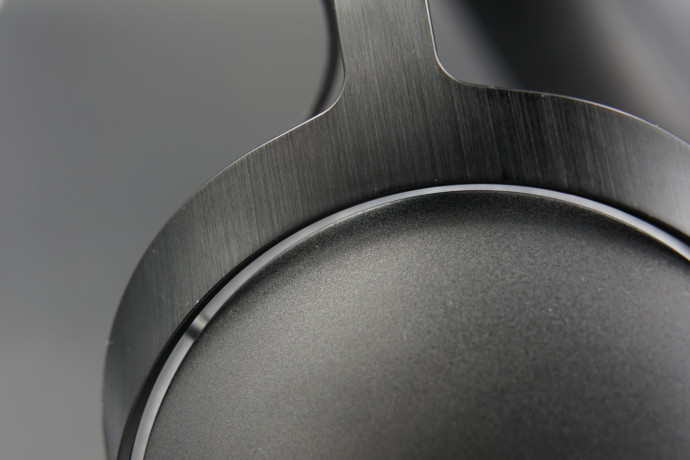 Don’t get me wrong, this is not a lightweight headset, but the level of craftsmanship was so high, that once I’ve put it on my head, I never had to move or replace it. Add to that the supremely supple velour earpads, and the DT 700 Pro X immediately raise to the top of my list as THE most comfortable headphone I own, for the moment.

German quality at its finest.

Be it railroad sounds, subway closing-doors siren, or the usual talking “brouhaha” heard in crowded places, the headphone managed to dampen it quite swiftly. I use a mechanical keyboard at the office, and once I wear those headphones and play some music, at low volume, the “click” completely disappeared.

Of course, if you need even better isolation, you should get a noise-canceling headphone, like the AirPod Max from Apple.

So, time to check the specs!